Partners in your business

Pyne & Partners is a leader in corporate strategic advice.

A STRONG CORE AT THE HEART OF PYNE & PARTNERS

We are the best CONNECTED public affairs firm in Australia

Serving in portfolios including health, ageing, education, industry and defence, there are few people better connected in Australia and overseas.

We are OUTCOME oriented

It is our relentless focus on achieving results that sets us apart, with our client’s success being the measure of our success.

We are a RESPONSIVE and forward leaning firm

At Pyne & Partners, our clients come first. We pride ourselves on being accessible to our clients and offering considered advice.

We are an EXPERIENCED team with exceptional knowledge.

With over four decades of experience at the most senior levels of the Australian Government, there are few issues we haven’t faced.

Our objective is to enhance our clients’ operations by giving them the edge over their competitors.

We are experienced navigators of the complexities of policy and politics. We are focussed on helping our clients manage risk, pursue business opportunities and ultimately, achieve their strategic objectives.

We are committed to understanding the individual needs of our clients, and we are unrelenting in our pursuit of success.

Chaired by the Hon Christopher Pyne the former Australian Defence Minister, and led by Managing Director Adam Howard, long time senior political staffer for several Coalition Governments, our team brings a complete understanding of the Australian political landscape and offers expertise on how best to engage with stakeholders, both within government and in the private sector. 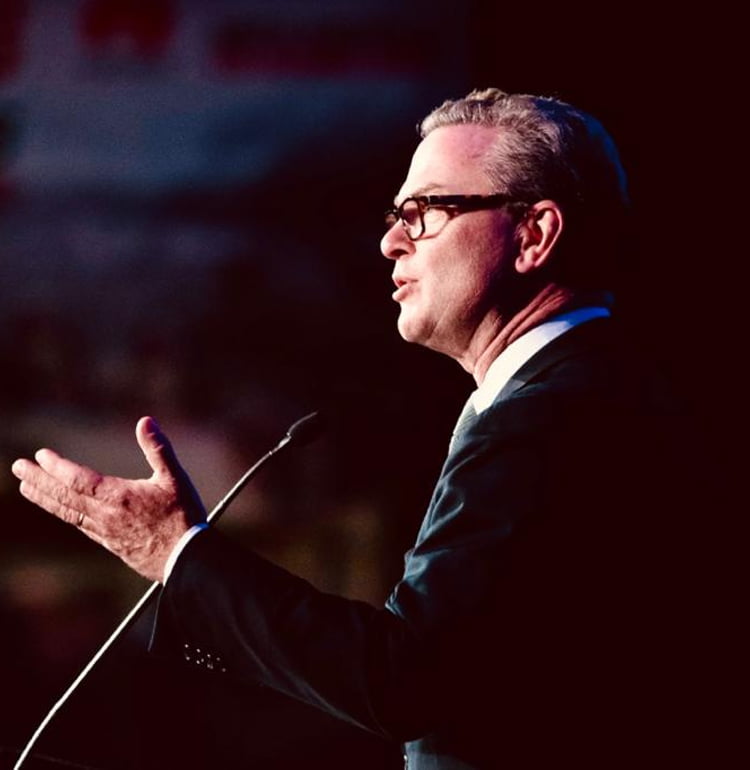 Christopher Pyne served as the 54th Australian Defence Minister, and was responsible for delivering the $200 billion build-up of Australia’s military capability, the largest in Australia’s peacetime history.

Kacey Lam has a background in public policy, having advised the Federal government across the defence, science and education portfolios.

Andrew has worked across Government, the Australian Public Service, and the Government Affairs areas in a variety of advisory and leadership positions over the last 20+ years, including as a senior adviser, Chief-of-Staff and a senior executive in both the public service and private industry.

Will Redmond brings a wealth of experience in government engagement across the health, planning, communications, and trade portfolios across multiple levels of government.

Alexandra Longinidis combines her analytical and research background to help clients build strong partnerships between their business, the Government and broader community.

We look forward to speaking with you

Christopher is Chairman of Pyne and Partners and Principal of GC Advisory, consulting to business in the domain of government and political engagement.

Christopher is Chairman of Vision 2020, the national peak eye health body in Australia.

He is Chairman of the Australia United Arab Emirates Business Council and a Director of the International Centre for Democratic Partnerships as well as its Foundation. He is on the Advisory Board of the International Institute for Strategic Leadership Dialogue and is Patron of the veterans charity, Robe to Recovery.

Christopher is the Chairman of the Advisory Board of munitions and weapons company, NIOA and the Australian Missile Corporation. As well, he is an adviser to the Dubai headquartered, international consulting group, Dar al Handasah and the Advisory Board of 3D manufacturer, Amaero Ltd. He is a non Executive Director of the Canberra based defence company, Xtek Ltd.

Christopher is Chairman of the SA Governors Council of the American Chamber of Commerce in Australia.

He is an Industry Professor in the University of South Australia Business School specialising in Defence and Space.

Christopher has a weekly column in The Adelaide Advertiser called “Pyne on Monday” and hosts a podcast series through the Southern Cross Austereo owned Listnr service called “Pyne Time”.

He is a member of the Claxton’s Speakers Bureau stable of public presenters and speaks at conferences and events both domestically and internationally on defence, national security, politics and government.

He is an Ambassador for the Adelaide Football Club.

Christopher was elected to Parliament in 1993 and served as the Member for Sturt for 26 years. During this time, he was in the Liberal Party Leadership Group for 10 years, Leader of the House of Representatives for six years, and served in Cabinet for six years.

Christopher was a Minister in the Howard, Abbott, Turnbull and Morrison Governments, holding the portfolios of Ageing, Education, Industry Innovation and Science, Defence Industry and Defence.

Christopher Pyne served as the 54th Australian Defence Minister. He was responsible for delivering the $200 billion build-up of Australia’s military capability, the largest in Australia’s peacetime history.

During his time as a Cabinet Minister in the Defence portfolio, Christopher:

He helped create the Pacific Step Up to strengthen Australia’s strategic role in the South Pacific and the Australia France Initiative to take advantage of the close relationship with France through the Attack Class Submarine Project. He settled Defence Memoranda of Understanding with Israel, China, and Switzerland, and initiated Memoranda of Understanding with the United Arab Emirates and the Kingdom of Saudi Arabia.

Christopher was also one of the driving forces behind the establishment of the Australian Space Agency.

He was the longest serving non-Labor Member of the House of Representatives from South Australia since Federation in 1901.

Christopher lives in Aldgate in South Australia and is married to Carolyn and is the father of Eleanor, Barnaby, Felix and Aurelia.

Before entering Parliament, Christopher practised as a solicitor at Corrs Chambers Westgarth and Thomson Geer.

Kacey Lam has a background in public policy, having advised the Federal government across the defence, science and education portfolios.

Based in Canberra, Kacey has worked as a political and policy adviser – both for the Hon Christopher Pyne during his tenure as a Cabinet Minister and more recently for an Australian Senator. Prior to this, Kacey was a public servant at the Federal Education Department.

During her time as a Ministerial Adviser, Kacey played a role in driving the implementation of the Defence Export Strategy, during a period which saw an increase in defence export confidence across Australian industry. She is a trusted, professional and organised operator.

Andrew has worked across Government, the Australian Public Service, and the Government Affairs areas in a variety of advisory and leadership positions over the last 20+ years, including as a senior adviser, Chief-of-Staff and a senior executive in both the public service and private industry.

In Government, Andrew worked across the key portfolios of defence, national security and economic policy and brings extensive knowledge and experience in the Australian Government and working with foreign governments through the Attorney-General’s, Defence, Foreign Affairs & Trade, Immigration, Industry, Prime Minister & Cabinet and Treasury portfolios.

Andrew holds a Bachelor of Laws (Commercial Law) and a Bachelor of Arts (Politics & International Relations), both of which have stood him in good stead for balancing the various challenges and issues in the interaction between business and government. 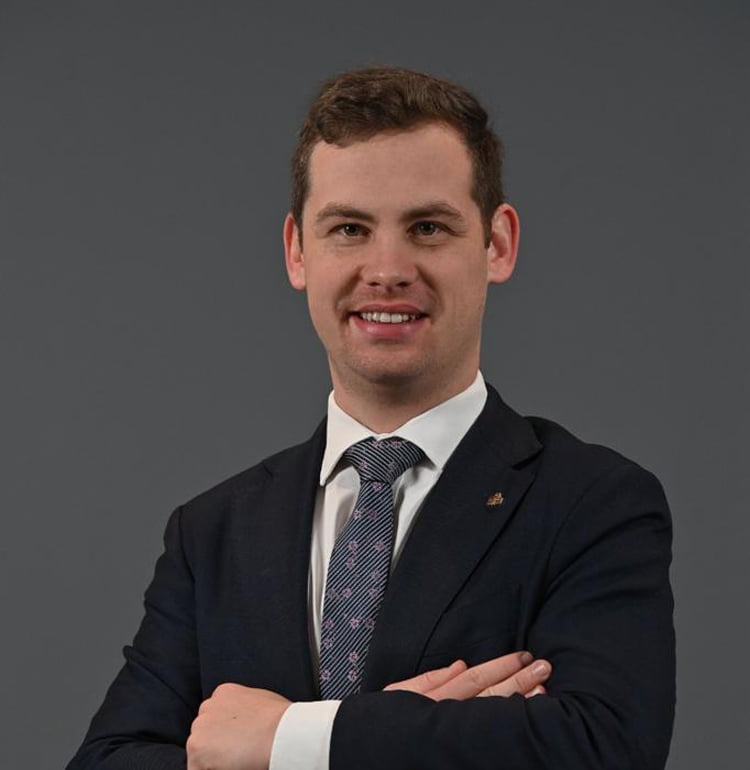 Will Redmond brings a wealth of experience in government engagement across the health, planning, communications, and trade portfolios across multiple levels of government. Based in Canberra, Will served as Parliamentary, Committee and Media Adviser to a federal Senator, and as a Senior Political and Policy Adviser to the former Deputy Leader of the Opposition in the Australian Capital Territory.

Will has also worked as a Consultant to a campaign advisory firm in Sydney, assisting clients with crisis communications, media strategies and regulatory change government relations campaigns.

Will appreciates the importance of good communication to government, and his experiences have provided him with a significant understanding of political decision making and how his clients can gain a leading edge.

With decades of experience in media and issues management, Pyne & Partners can deploy the most effective communications strategies and cut-through messaging.

Communications are always at the forefront of our work, and we tailor our advice to meet the unique and specific needs of each client, ensuring their communication goals are consistent with their structural goals.

In a world that is becoming increasingly interconnected, the role of strategic and effective communications is vital to organisations looking to manage complex issues or distinguish themselves from their competitors.

His career is built on developing and guiding the implementation of complex policy objectives.

He managed a team through the creation and launch of Australia‘s National Innovation and Science Agenda across government and portfolios and served as Chief of Staff and principal adviser to the Minister directly responsible for overseeing the implementation of the $200 billion expansion of Australia’s Defence capability.

Adam is a communications specialist able to provide strategic, political and media advice to support the implementation of key policy objectives. This is evidenced by the roll out of strategic media plans to promote key policy areas across successive Coalition Governments.

In 2018 Adam left the Coalition Government and launched his public affairs company GC Advisory and has quickly gained a reputation for delivering successful outcomes for clients.

Over the past two decades, we have built strong and productive networks with parties across the public and private sectors, in Australia and around the world.

Our team is well connected with decision-makers and corporate influencers and draws on those relationships to achieve the best outcomes.

We are respected for our integrity, professionalism and effectiveness.

No one understands this better than Pyne & Partners.

Drawing on extensive experience at the highest levels of government, our team provides strategic and insightful advice on how to attain the best outcomes for our clients. Our policy analysis is second to none.

We know how to negotiate with government and devise effective campaigns to leverage your desired outcomes.

Alexandra Longinidis combines her analytical and research background to help clients build strong partnerships between their business, the Government and broader community. Before joining Pyne & Partners in 2021, Alexandra interned at the Hunt Laboratory for Intelligence Research in Melbourne, where she assisted intelligence organisations to improve their analytical performance and productivity.

She holds a master’s degree in public policy/ management from the University of Melbourne, and a bachelor’s degree in the study of international security from the Australian National University.